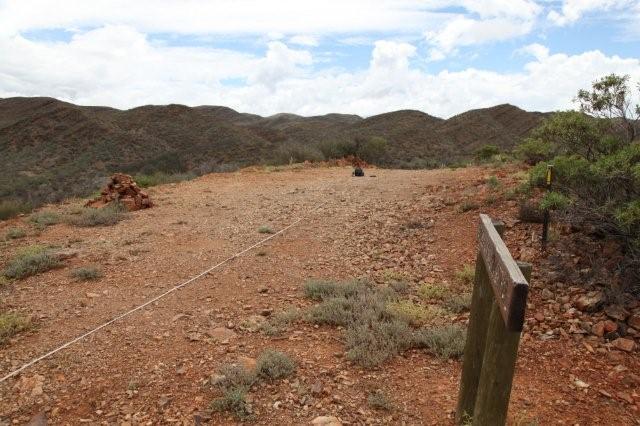 The Spriggina Lookout is a somewhat narrow ridge at an altitude of ~425m above sea level in the Arkaroola Wilderness Sanctuary about 2km from the main compound. The very step sides drop down approximately 50m to the valley floor to the North and South. In the valley to the SSW is a landscape model of Spriggina floundersi, one of the fossilised segmented flatworms belonging to the Ediacara biota from the Precambrian seas, alive ~550 million years ago. The founder of the wilderness sanctuary, Reg Sprigg, discovered the fossils in the rocks of the Ediacara Hills in 1946. They are among the most ancient animal fossils known. His son Doug Sprigg, identified this site for us as the best location in the sanctuary in terms of trail access, cleared flat terrain and quality of horizons for constructing a remotely controlled robotic observatory that would look up instead of down, to collect light from far away galaxies, emitted when these lifeforms roamed the seas.

Panoramic view from the Spriggina Lookout with annotated cardinal directions

In early March 2011 we trekked from our homes in Adelaide to the lookout. The last 200m of the 700km trip required a fairly robust 4WD vehicle due to the incline and track condition. The site had no access to power or communications. The main purpose of this mission was to measure the site and plan the layout for the observatory domes, solar panel array and satellite dish post. In addition we brought a Celestron C11 OTA with Losmandy G11 mount and SBIG ST8XME CCD camera to evaluate the site's astronomical seeing. Fortunately we were able to measure 1.3" FWHM stars in some test frames despite the weather being not very astronomical during this trip. The Millennium drought was finally broken that summer and the most substantial rains in 20 years were now turning the shrubbery green. In fact the Lake Eyre Yacht club held its first regatta since 1976. A downpour the night before we were scheduled to leave would trap us for an extra day as the swollen creeks cut off many roads around the Northern Flinders. But we knew that soon the regional climate would turn very dry again for an extended period, just as it has for thousands of years. 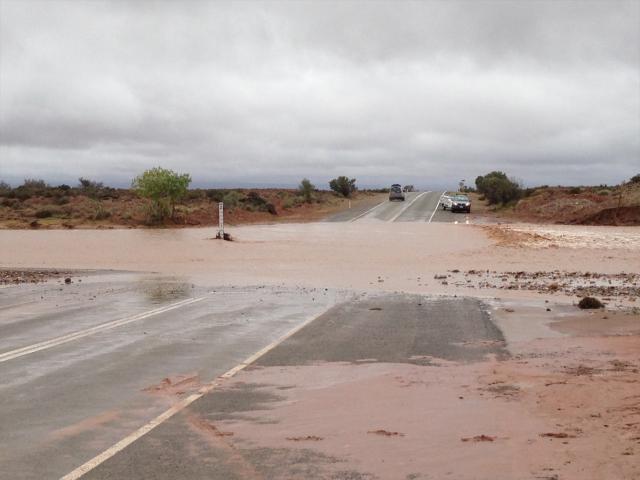 Next - Observatory Design - April to August 2011